The World's Most Isolated Cities

If we define a city as having a population of 100k or more, which cities are farthest from their next closest neighbour? In other words, what are the worldâs most isolated or most remote cities? 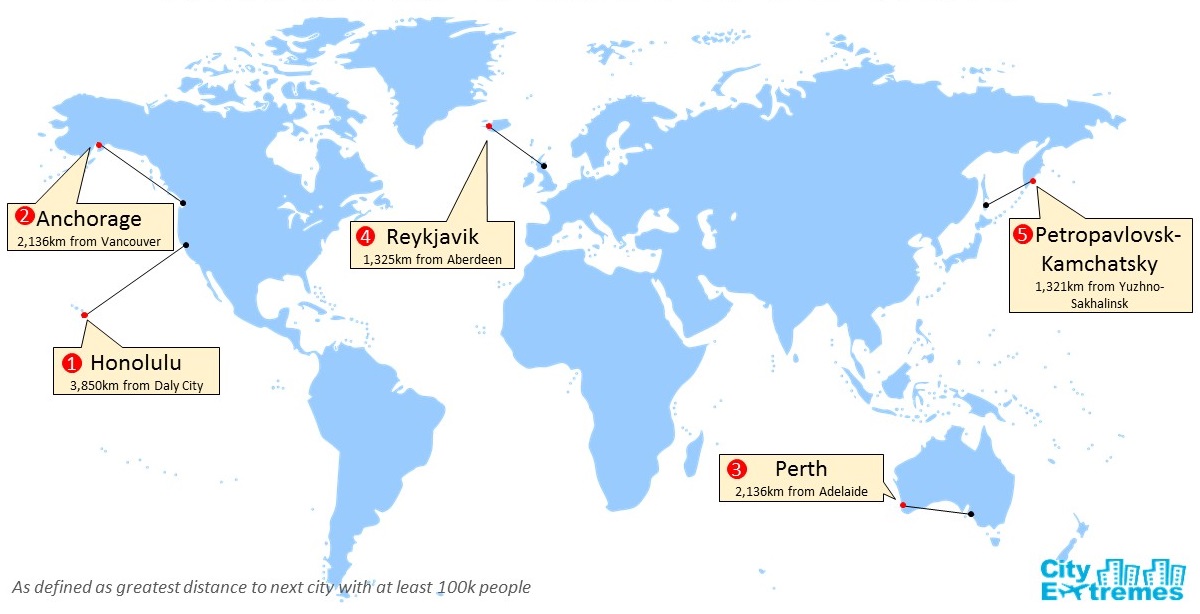 Topping the list is Honolulu, Hawaii at 3,850km from its closest city of 100k, Daly City in California. In a tight race for second are Anchorage, Alaska and Perth, Australia which are both 2,136km from their respective closest cities (based on the city centres we used, Anchorage is slightly closer to Vancouver than Perth is to Adelaide).

Defining a City as over 100k

Defining a City as over 500k

Defining a City as over 1m

Use the search functionality below to find your city and discover which cities are closest and farthest from you.

cities defined as having population over 100k

While you're here, explore the closest and farthest cities to where you live here.